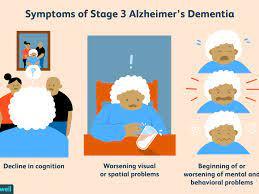 Alzheimer's is different from the normal forgetfulness of aging. Alzheimer's is one of many conditions that cause the radical changes in memory, reasoning, and behavior known as "dementia." The normal forgetfulness of aging is just an inconvenience, a slowing down. The serious changes of dementia eventually result in the inability to live on your own.

Here are some helpful distinctions developed by the Alzheimer's Association:

Call For a FREE Consultation